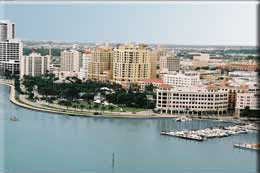 Ron has an awesome 33 Contender rigged with trips, (Three Suzuki 300 HP Four Strokes.) We left out of Lake Park Marina early for an exciting two day SKA tournament event. The fishing was very hot, heavy action from the start. We were catching fish in the 20 pound class, but it would take close to a 50 pounder to win this event.

The variety of fish was of course interesting to us, but the crew were out to hunt down the big King. I did see what might of won the tourney, a HUGE King swam right under the boat while we had a Cobia right at the boat, along with two other Cobia following the one hooked. A lot of excitement in the water for sure. Many times we would have doubles on, and fortunately only had a few Bonita the entire day. 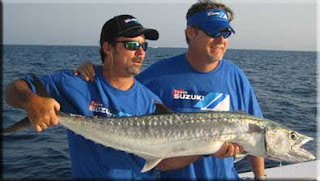 Hats off to Captain Ron, Captain Nick, and first mate Will for being such a top notch fishing team. This group really worked well together, and the boat was loaded to the hilt. From the 900 Suzuki HP to even the three mounted cameras on the boat, everything was rigged to perfection. This type of fishing is very exciting. Offshore fishing boats that look a lot more what Crocket and Tubs would drive, than your average fishing boat. These are high performance boats rigged with the latest and best gear on the water. This type of fishing rigged, paired with a great fishing team, puts a LOT of fish in the boat. 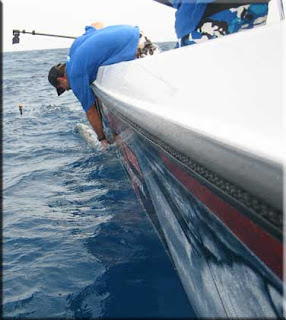 Thanks again to Captain Ron and the Bandit Fishing Team for letting us join in one great day of tournament fishing. Captain Ron's web site is http://www.banditfishingteam.com/ Next up on our trip south, my son Ben and I will be heading to Key Largo for a Suzuki Product demonstration. We will have plenty of more info. on all the latest Suzuki products announced soon after our return. 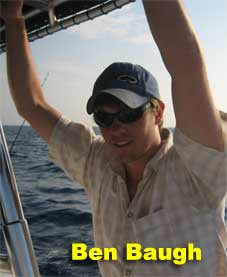 Next Week after our Key Largo Shoot, I will put Ben on a plane in Miami and he will head back to Hampton then back to West VA for his summer internship. Then Ben will be off to Washington State to Western Washington University for his masters in Geology. It has Been great to have Ben along for the first part of our Southern Florida Shoot. Thanks for all the help Son!

All the footage we are shooting along with the 2008 Miami International Boat Show Special will be post produced and featured as a Jim Baugh Outdoors TV show that will air on the Sportsman Channel coming up in June. Stay Tuned. 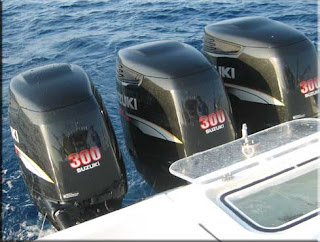 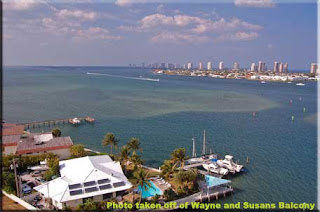 Thanks to Wayne Baker and Ben Baugh for all their help with Video and Still Production Assistance.
NOTE: This program has just finished post production and will broadcast on the Sportsman Channel this month. You can stream it now live from our streaming page, just click the link below.
http://www.jimbaughoutdoors.com/streamingdrm.htm
Posted by Jim Baugh at 9:02 AM No comments: 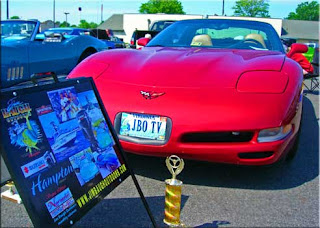 This was one awesome day in Hampton!! One of the areas largest Vette and Car shows around, great turn out and everybody had a great time! We were fortunate to be a part of such a wonderful group of sports car enthusiast! These folks were the Bomb!! 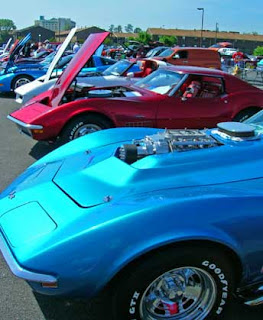 Everything was held Right on Mercury Blvd in Hampton Virginia at Hampton Chevrolet, great location, and a lot of thanks to the dealership for their support. Just a wonderful day.
This event was located right in central Hampton and drew a large crowed, and a lot of fantastic cars. It was great to see a lot of folks from other car shows. Vettes at Waterside was held recently, and it was just awesome to see a lot of those fantastic cars here at this Hampton show.

Thanks Tee, and everyone who put so much work into this event, it really showed, we will see everyone in Carlisle for the big event later this summer!!
Thanks again everyone for putting on such a great Vette\Car show in Hampton, loads of fun, and great turn out. 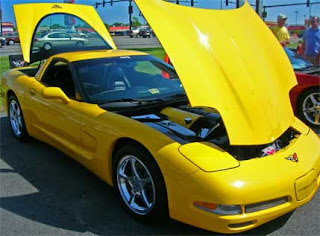 PS: Thanks "B" for the production assistance. You did great! Jim B
Posted by Jim Baugh at 10:31 PM No comments: