This is where it began for me over forty-five years ago- Mr. Franc White. 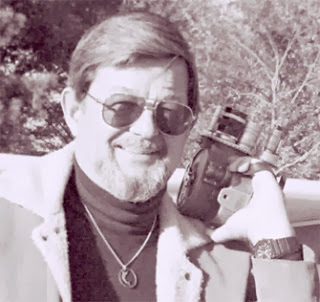 “Fracus” “Swinus Americanus” “Don’t re-elect anybody, not even your Mama!!” “Julia Child of the Wild” and “Do yourself a favor and take a kid fishing”.

These are just a few of the words emanating from what then was a three inch speaker of one of the first color televisions I had ever seen. The year was 1972 and all I had ever viewed since 1961 was a black and white tube that my father the Judge affectionately called,

Besides watching some weird interpretation’s of cowboys called Cartwrights wearing ten gallon hats and riding horses that were too well trained, there would be some guy on Sunday mornings shouting out of our three inch TV speaker about the difference between pigs and humans. “Swinus Americanus” a description of human trash, waste, and filth. 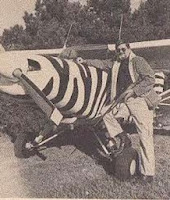 Before I could change the channel to watch the only other thing on TV which was the local church broadcast, all of the sudden this old man starts cooking up a storm in his kitchen and the dish was what he had caught fishing that day. Since the Judge loved to take us boys fishing both in the nearby pond and Chesapeake Bay, my interest was peaked about what I was now watching on my dad’s least favorite toy…. the Idiot Box.

Next thing I know, for many, many years, to many years that I care to remember, I would end up watching this same old man on the Idiot box. As I grew older I began to realize just how intelligent and funny this man was. To be honest, some of the hardest laughs I have ever had was watching this man on TV. Simply because I could not believe he had the nerve and audacity to say some of the things he was uttering. The man became a legend here in the south. That legend of a Southern Sportsman was none other than,

Franc was a television producer, host, author, pilot, chef, restaurateur, World War 2 Correspondent, and avid sportsman both with hunting and fishing. Franc was also a hard nosed environmentalist who did not mind going after big buiz to accomplish what he thought was right. This included helping to stop commercialization on several islands to help protect nesting sea turtles. And if you happen to be one of those chemical plants dumping waste into what then was pristine waters of , you did not find a friend in Franc White. Franc was ruthless on TV with his public denouncing of such chemical plants that were polluting his favorite waters. 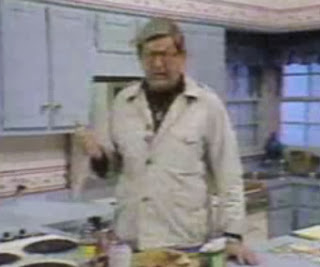 Franc had no problem being voicing his political opinions either. Something Franc was not shy about at all. What ever Franc thought, he pretty much let it spill out into the airwaves. This did not make a lot friends in certain circles for Franc, but I don’t think he cared much. In the many years Franc ranted and raved on television about political and environmental issues I can not say I ever remember him being wrong. He just spoke his mind and let the chips fall where they may.

I can’t tell you yow many times I heard Franc say, “Don’t re-elect no one, not even your MAMA!!!!” Again, Franc may have been very vocal, but not often wrong.

About the only thing that would seem to calm Franc down during one of his rants was his on air companion and mascot, “Frickus”. The love that man had for that dog was so evident on every show. Probably one of the best relationships he ever had.

As Fate Will Have It.

When I started Jim Baugh Outdoors, we actually began as fishing 30 years ago. After our first broadcast run on the FOX station in , the NBC affiliate contacted us and wanted us to air in a block next to Franc White Southern Sportsman. Of course this was an easy decision to make. For many years to come we would broadcast in our home town of Richmond Virginia and also syndicated throughout the Mid Atlantic states also airing next to Franc White.

This was a bit of a thrill for me because I had watched Franc since I was about 10 years old on most Sunday mornings. When Franc would get so political and hilarious, I actually would tape his show just to watch later with friends and laugh our butts off. Franc was a very funny man and got his points across with humor and in a way, eloquence.

As the years passed I was able to meet Franc on several occasions. One such time was at a private fish and hunt club where we had been ask to film a show. I met Franc and told him what a big fan I was and what an honor it was that our program broadcast adjacent to his. I was extremely polite and was happy as hell to finally really meet and talk with him.

Franc looked at me, sort of like the Judge does when he is not happy with me. You know, like when you come back from a Dove hunt with no birds. Yeah, that look.

Franc paused, there was silence, then he said loudly,

I shuck his hand thanked him again and left.

I had met him briefly on other occasions and he was almost just as welcoming. Personally I loved this. To me Franc for the most part in person was what you saw on TV. I liked that and to this day am very glad I had the opportunity to met him.

To be fair during this time fishing shows were springing up like to him, poison Ivey. There was now a lot of competition in the outdoor marketplace and stations were starting to demand big bucks for air time. Back in the day television shows like ours and his could barter with broadcasters and negotiate air time because our programs had good ratings.

However with the advent of the infomercial stations were out for the buck only, it was just too easy. So all of the sudden an outdoor program that would not have to actually pay money to broadcast because of its loyal audience, now had to cough up thousands of dollars just to air. For the most part, this is how it still works today.

Back then the industry changed for all of us. About the time stations were asking for the big bucks to air, Franc had already had enough. He pushed for retirement and he had already been broadcasting for 20-24 years. The Southern Sportsman started back when color TV’s were just coming onto the market and Franc did a great job to swing with the changes for as many years as he did. Kudos to Franc. 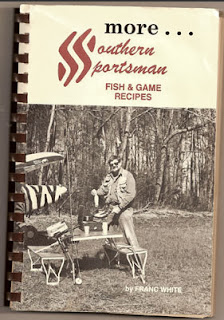 The Influence of the Southern Sportsman

Although Fishing Virginia had aired along with The Southern Sportsman in many markets for many years, I never thought his show had any influence on our production at all. The fact is it did not. We always produced a program with very high production value and we would never get into politics the way Franc did. Our show was also post produced heavily edited and scripted. Franc’s show the Southern Sportsman was live to tape. He would show up in the studio with his note pad, do one take and be done with it. This of course was not a polished show, but to me that was the appeal, and his personality just cracked me up about every Sunday Morning.

The influence for me was his cooking on the show. Franc appealed not only to the male sportsman but to the ladies as well. Everyone wanted to know how Franc was going to prepare the days catch. Other similarities were that both the Southern Sportsman and Fishing Virginia were film style shot programs. Both shows also were heavily syndicated throughout the south for many years.

So, for those that are too young to remember, there once was one heck of an outdoors enthusiast, environmentalist, restaurateur, television producer and writer named Franc White. Franc was loved by his family, many close friends, and many thousands fans over the years.

Like other vintage television figures of the past, we will never see the likes of Franc White again. A little bit like Johnny Carson. Sometimes the good Lord just breaks the mold and blesses us with their talents for just one earthly lifetime.

When my time is done and if I am lucky enough to ever get to heaven and happen to bump into Franc White, I am sure I will hear these words.

“"A life is not important except in the impact it has on other lives."
~ Jackie Robinson

Web site for ordering books and merchandise, Franc White
http://francwhite.com/2.html
Posted by Jim Baugh at 10:23 AM No comments:

How it all began 25 years ago

Here is the full story and we will be highlighting many special moments during the first 25 years here on the JBO TV Blog Site.
CL.ICK HERE for the full story 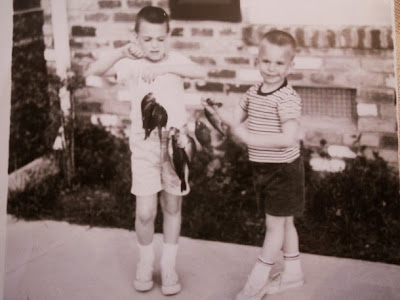 To celebrate our 25th anniversary it was time for a bold, new logo to take us into the next quarter century. Many changes have occurred during our first 25 years. Gosh, my two kids literally grew up on the program. Now an empty nester like many of you, Jim Baugh Outdoors will reflect our new lifestyle along with our outdoor adventures. The show’s focus will be more coastal in nature. As we highlight the rich bounty of our offshore waters, we will also include all the marvelous attractions you can savor along the seaboard with our “Lure of the Shore” segments. Because you have enjoyed JBO’s unique mix of outdoors adventures, cooking and travel tips, these will continue to be at the forefront of our programming.
So how to capture all this in a logo you don’t get a headache looking at? The best logos are simple and still convey the message you want the audience to get –and that ain’t simple. We love our many loyal fans but we do not have any illusions we are as famous as “Apple” or “Nike”. A stand-alone fruit or swish sign was not going to say it. We needed to contain the show’s name in our logo.
Associate producer Donna Bozza and I discussed how we wanted the JBO logo to have a clean, contemporary look that would adequately represent our show. Lots of editing, hair pulling [more so Donna than me] and we think we integrated the central coastal theme in a simple yet compelling way. A fist bump to Donna for envisioning a cool wave in our Outdoors “O”. Its fun and JBO is all about that.
We look forward to bringing you a blast of new adventures in our 25th year of broadcasting. We will feature six JBO TV specials during 2014 with new programming and new markets targeting the East Coast prime television markets. Stay tuned –more info and fun to come!
Posted by Jim Baugh at 7:24 AM No comments: