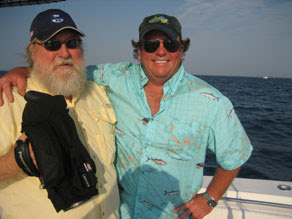 Better late than never! Our long time friend, photographer, 3d animator and JBO Cameraman Wayne Baker has turned 60. I think I met Wayne back when he was around 43 years old when he first started shooting for us.

Wayne was with me most of the time during the filming of the programs we produced featuring Virginia Locations in association with Virginia Tourism. Wayne and I covered about every inch of the state over a two year period producing some 26 programs featuring Virginia. The road stories are endless, however we did manage to produce some excellent programs that covered a huge variety of topics.

For the past several years, Wayne has taken a great job in West Palm Beach Florida. He is still in Photography and also does a lot of 3d animation work and doing very well. We work with Wayne when we head south for the Keys and for the Miami International Boat Show. 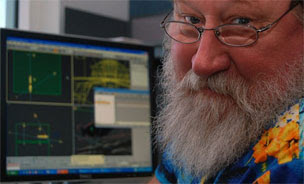 Wayne still has a home here in Hampton on the Hampton river, so we get to see them when they come up. Hard to believe that time has flown by so fast! And it just keeps going faster.
It has been a pleasure working with Wayne Baker all these years and look forward to more shoots on the water with him. Have a great 60th!!
Below is a pic of Wayne "Buckaroo" at an early age playing the Banjo. 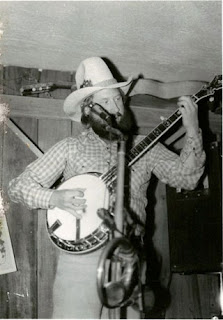 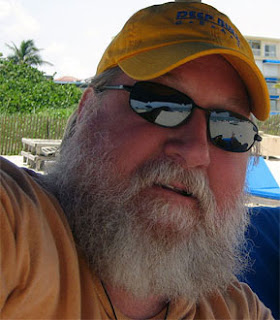 Wayne is also on FACEBOOK, look him up and say hey!!
Tight Lines,
JB
Posted by Jim Baugh at 12:33 PM