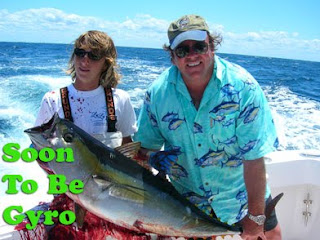 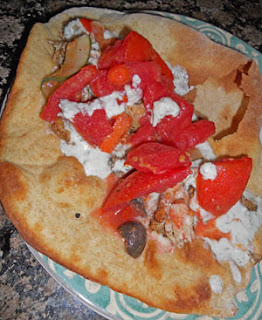 The summer of 2010 has been a hot one for sure. When we experienced those stretches of 100 to 110 degree days, most of what I craved was our swimming pool. That pool has certainly seen my arse just about every day during July, it has been a blessing. Probably my favorite summer time dish that I love to make and everyone just goes crazy for it, is homemade seafood Gyro’s. This is a very healthy, light, and super tasty treat that can be served with a variety of fillings. So, lets get started!! Time for a “Pita Party”!! 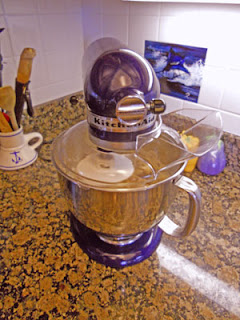 First up, take two cups of AP Flour and one cup of whole-wheat flour and place in a mixing bowl. Add two teaspoons of salt, 1\4 cup of olive oil and a 1\4 cup of honey. One package of fast rise yeast, and one cup of warm water. Mix in mixer for several minutes then place dough on a floured granite surface and knead for about five minutes. Let dough rise in an olive oil coated bowl for two hours, or double in size. 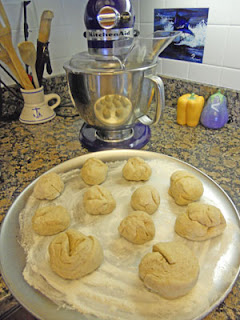 I like to use a grill, it is easy and can crank heat up to 500 degrees plus. Get the grill to 500, and be sure to have a Pizza stone on the grill. This is the surface of which you will cook the bread. 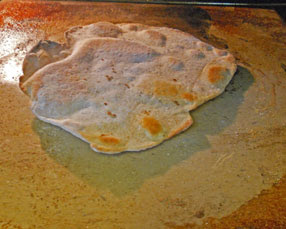 Using a pizza peel, place the rolled out dough on the pizza stone for only about three minutes, or until it gets puffy and brown. Flip the bread over for another couple of minutes, or until brown, take off the grill and place in large covered bowl to keep moist while cooking the rest of the pita bread.

You will be AMAZED at how good this Pita bread is, you will want to have it on hand all the ime! 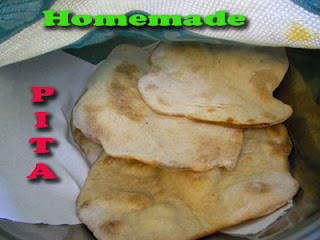 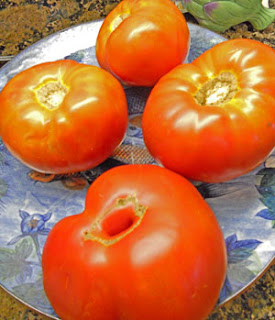 I use locally grown large beefsteak tomatoes and my own grown peppers. Just cut vegetables and place in a bowl and add half cup of red wine vinegar, ¼ cup olive oil, a little sea salt, cracked pepper and fresh oregano. Mix, and chill in fridge. Simple recipe, and good on anything!! 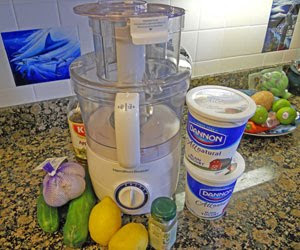 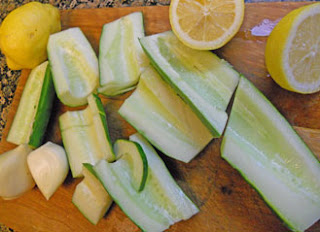 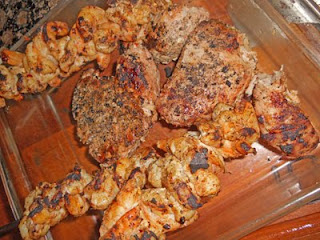 I used our fresh Yellowfin Tuna and Shrimp seasoned woith a little blackened seasoning, fresh lemon and lime and grill at 350 degrees. I put the Shrimp on skewers because it is very easy to cook and handle them on the grill this way. Cook until done, then set aside and keep warm.
SERVE IT UP!! 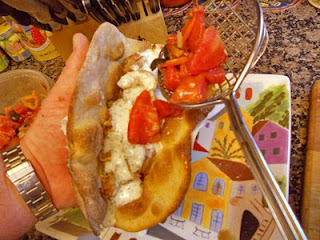 This part is very easy. First, place some of the seafood into a fresh folded pita bread, next top it off with the Greek Sauce, lastly, put on some of the beefsteak tomato relish and serve.

One FANTASTIC light cools and very tasty summer dish.
Have yourself a “Pita Party”, it will be one you wont soon forget! 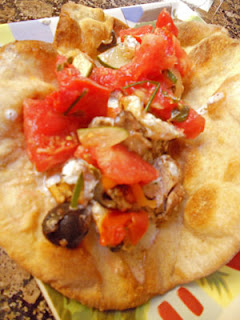 Chow! And do yourself a favor, get a Suzuki today!
Jim Baugh
JBO TV
Posted by Jim Baugh at 9:07 AM