Togs and Rockfish at the Chesapeake Bay Bridge Tunnel 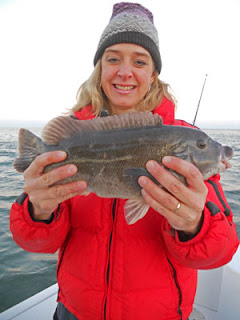 We had a GREAT day out on the water with our second filming with Kevin and Beth Synowiec. Today we targeted both Togs and Rockfish and the morning started out just a pretty as it could be with a fantastic Sunrise coming up over the Chesapeake Bay.
This trip Kevin and Beth brought what was supposed to be some killer bait. GREEN CRABS! These were some, ugly, nasty smelling suckers. Turns out the Togs liked them ok. We got a fish pretty soon after we had gotten everything rigged up. However we would find, that this day the bite would be off. This was not that surprising to me considering we had a big blow for the past three weeks. Defiantly a windy fall for sure. When it blows like this, fish scatter and it takes a while for them to return to their normal feeding patterns. Some of course can also migrate during this time however these Togs I believe are resident to the Chesapeake Bay Bridge Tunnel. 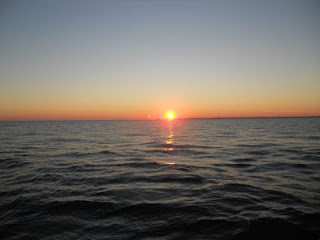 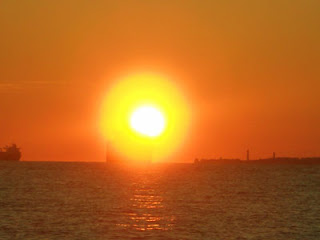 Beth had put a lot of work into the bait and rigs and was determined to really put us on some great Tog action. They both did a great job and are known for their Tog expertise. Sometimes though, you just can’t buy a bite. We only caught two Togs during the morning and that was more than I had seen anyone else pull in. I was a happy camper and the footage for the show looked great!! 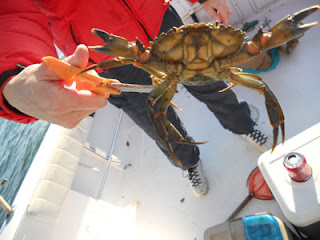 Unfortunately I had to get off the water early and I was really pushing Kevin and Beth to do a little Rockfishin because my daughter Casey was coming to see me that evening. My little girl had put in a phone request earlier in the week, “Pops, are you going to have any fresh Rockfish for me????” So, I did not want to let her down. 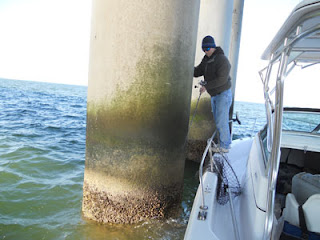 On the way in we threw out some “Magic” bait, and I mean yes, it was magic. We had a Rockfish on in about one minute. I promised I would not post what this bait was because they would be sold out very quickly at the stores. It is THAT good of a bait and really for the first time I can remember, I am going to keep my word and not mention what it was. All I can say is that is was an artificial lure. I had never used this lure before, or seen it, but it worked like no other. If you really want to know what it is, you will have to bug Kevin and Beth, because I promised and those two have really been great helping us film these Tog fishing shows. So for me, mums the word. Sorry. 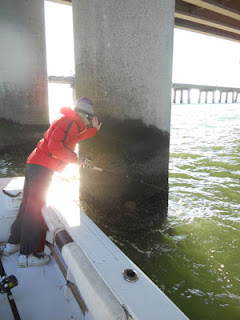 I don’t think I really have the patience it takes to be a good Tog fisherman. It is also a lot of work and can be a VERY hazardous way to fish. You can damage your boat very easily on the bridge pilings. Plus the fact, Tog are not easy to catch and they love to bury themselves in the rocks once they are hooked. All in all, they just are not a piece of cake to catch.

Beth had hooked up with a Tog that did just this, immediately ran into the rocks and the fish could not be moved at all. Beth let out line, a lot of slack line, repositioned herself to the forward bow of the boat, sat and waited- LIKE 10 MINUTES!!. She waited for the fish to swim out of the hole, and then she reeled the line in tight and brought the fish to the boat. Now, that is a good angler who has the patience for Tog fishing. Good Job!!!!

After getting back to the dock, they gave me the fish to take to my daughter for dinner which was really very nice of them We will be fixing them up tonight and she is very excited. 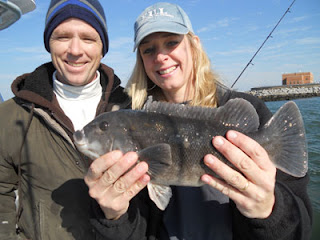 Pulling out of the marina I got the phone call from my good friend Pyrate Pete who lives on his boat in downtown Hampton. “Jim, did you hear about my boat???” No I said. “It burned up! Caught on fire and now I am homeless”. So I hurried back and sure enough, Captain Pete’s boat had caught fire and was totaled. Needless to say we had a we bit of rum once we got back to the condo. Quite a day for sure. 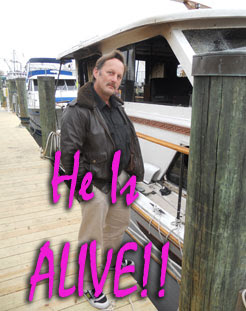 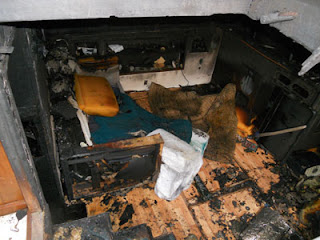 Thanks again to Kevin and Beth, you can chat with them over on Tidalfish, they go by the name Clasicrockfish. If you want the name of that Rockfish lure you will have to get it from them. As for the Togs, the green and blue crabs did work, it just was a fairly slow day. 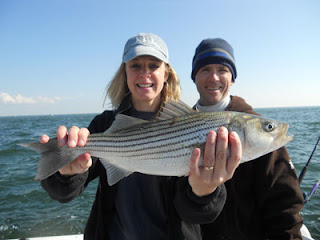 This will be a great show that will air during our 20011 series on the Sportsman Channel and we look forward to fishing with Kevin and Beth again Soon. 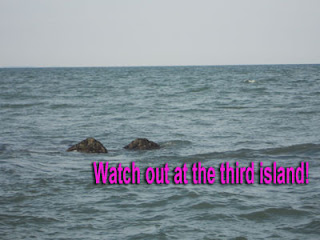