The Secret is Out! JB Tells All on Civil War Southern Fried Chicken and Jim’s Pork BBQ

Celebrating 25 years! Here is one of our fav's! 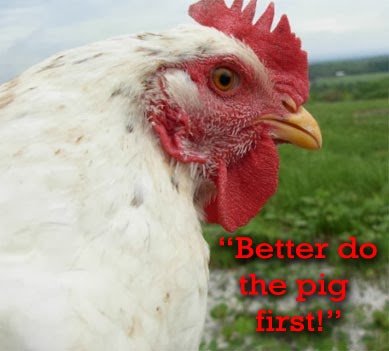 The roots of this recipe go back to a Jim Baugh Outdoors program we filmed in the beautiful foothills of . The segment featured a restaurant that highlighted historic dishes and we stepped back in time to capture the taste of Civil War Fried Chicken.

We finished filming the cooking segment around 11:30, making it the perfect time to break for lunch and savor a piece of that mouthwatering chicken.

Our travel representative and cameraman Wayne Baker were both up for it and this Southern boy didn’t need any persuading. The three of us immediately agreed it was the best fried chicken we ever had.

However, it came with a price.

If General Lee had fed this to General Grant and his troops, the outcome of the war could have been drastically different! 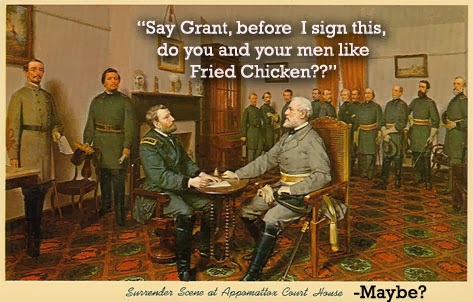 The tastiest fried chicken no doubt –but it is also a VERY heavy dish. All I wanted to do was find the nearest couch, not enough Starbucks in the world to get my energy back for the rest of the day. 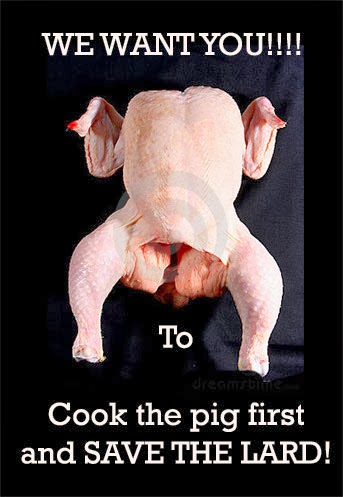 Typically, I prepare healthy meals and do not cook high fat foods often. But probably like you once in a while its fun to enjoy a meal for its unadulterated finger-licking flavor. Just don’t try it without a good post-meal napping spot nearby.

For the Civil War Southern Fried Chicken I won’t mention the restaurant or the chef here –except to say he was a great fellow and knew his way around a cast iron skillet.

He didn’t want us to give away his real secret on-camera. So I’ll vary the recipe a bit for personal taste but you will still get a war-winning fried chicken dish.

There are four main factors that make this meal. Don’t skip any if you want to serve memorable fried chicken. 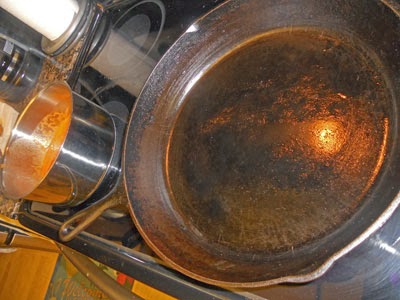 Factor 1: You need a large well-seasoned cast iron skillet. My 30-year-old CI skillet is seasoned to perfection. Throw in a brick and it would taste good. Make this a staple in your kitchen. 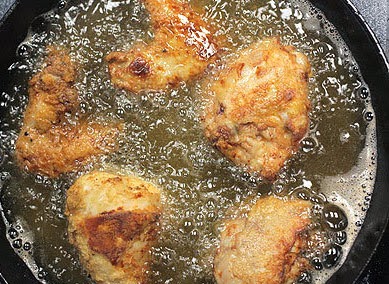 Factor 2: Lard. Yes, lard. You can use real lard and cut it around thirty percent with Crisco. Now you know why the chef would not let us share all the ingredients on TV! Remember this was pre-Paula Dean and he was not going to brag about the how his fried chicken was fattening. However, it is the best you will ever have and it won’t kill you to have it –occasionally. 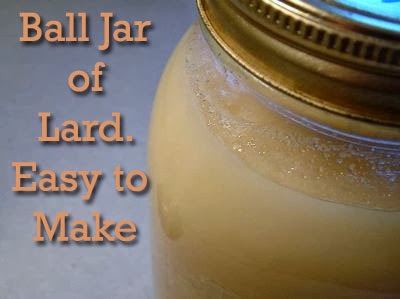 Guess what? There are studies that report real lard is actually better for you than processed brands because pure lard is not hydrogenated. Do remember to refrigerate it.

Factor 3: Brining. Take you chicken and brine it overnight. I use sea salt, red wine vinegar, and water. 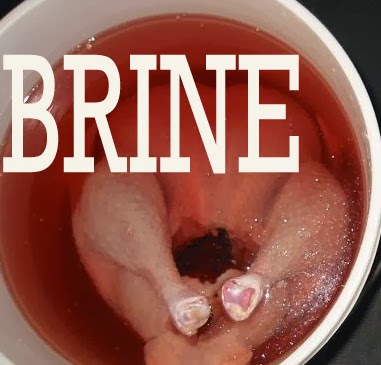 Factor 4: Longer frying time. This is crucial and another reason to use cast iron. 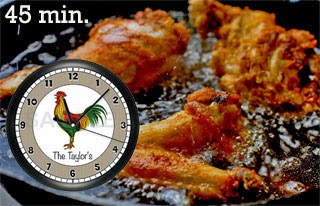 Fresh chicken does make a difference. I get mine fresh butchered locally. Take chicken and wash well, then place in your brining solution. Let set overnight in frig.
Four hours before you are ready to cook, take the chicken out and rinse. Place in a bowl of buttermilk that includes two raw eggs beaten and quarter cup of whipping cream. Mix well then let stand in the fridge for another three hours or so.

As always, prepare the CI Skillet by warming it on medium low. Once warm crank it up to medium to medium high. Add the lard and Crisco.

It is important not to get the oil too hot. You want it to where it is just bubbling. Cooking time is very important. You’re going to cook the chicken for 45 minutes. If your oil is too hot, it will cook the chicken too quickly. 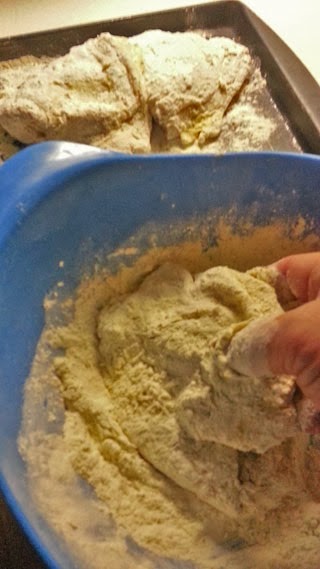 Dredge the chicken in seasoned flour and set aside to rest. Back in the Civil War days, salt and pepper was about all that was used for seasoning, but use what you like. I put a little jerk seasoning, garlic powder, oregano, and lemon pepper in the flour. If you like it Cajun-style add which ever is your favorite spice.

When the oil is ready place the chicken in the skillet and cook for 15 to 20 minutes on each side. The skin should be a nice golden brown but not burnt. 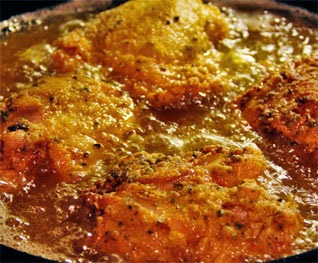 Once done drain the chicken well and serve.

Again, not something I make everyday, but fantastic and fun for special occasions. 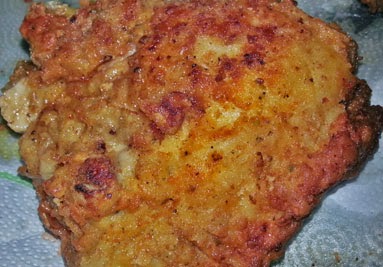 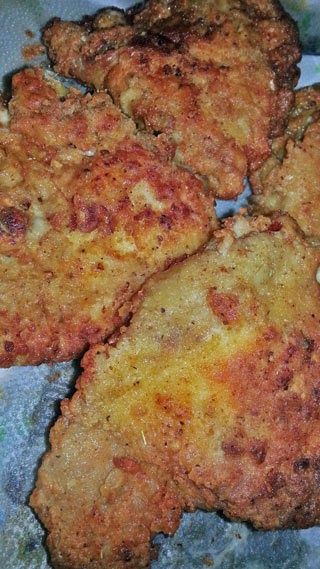 Okay you have waited long enough.

THE SECRET IS NOW OUT

My gourmet smoked BBQ restaurant, Jim’s BBQ was known for serving the best smoked BBQ around. This included my cornbread. Folks came in just to have the cornbread and wine! 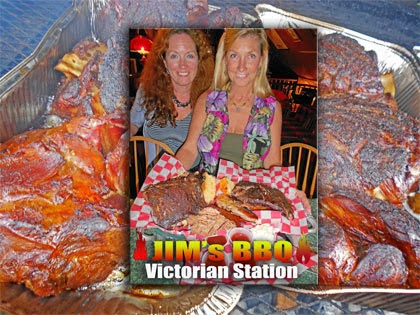 For the many customers who use to ask why the JBBQ and sides tasted unreal I’ll now spill the… lard.
I saved all of the pork fat from the smoker, separated the juice from the lard, and then used both to cook many of the dishes we served. Our lard had a slight smoky taste, just awesome in anything! If a recipe called for butter, I would substitute with our smoked pork lard.

Hey, you can do the same thing if you plan ahead. A week prior to your fried chicken party, smoke a couple of pork butts. Separate and save the lard and use it when frying. [I included some nutrition info at the bottom of column.]

VARIATIONS ON OIL
If you just can’t do the lard, you can fry up a few slices of bacon in your cast iron skillet. Once cooked remove the bacon but keep the oil in the pan. Next use Crisco and cut it with your favorite liquid vegetable oil. This will not have the same taste as lard, but it’s still good.

My thought is if you’re only going to make this dish once in a while, then cowboy up- be brave and go for the full throttle rendered pork fat sizzling lard chicken experience.

BALL JAR OF LARD
Once you render your pig fat to use for cooking keep it in a ball jar in the fridge. You will use it in all sorts of recipes. In making your lard you also get the benefit of having a nice butt dinner!

Some feel that Lard is healthier than vegetable products such as shortening, because shortening is hydrogenated creating trans-fats in it. Much Lard, however, is also hydrogenated -- if it doesn't require refrigeration, then it is probably hydrogenated. Most commercial brands are. You can also check the label. It's still true, though, that Lard is actually lower in saturated fat than butter or palm oil.