Over the hills and threw the woods- 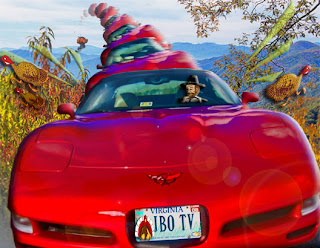 L A N D I N G!! in the Blue Ridge Mountains to see family and friends. Quick stop off to Smith Mountain Lake to see how the Striper population is doing, then head on to see one of our regular JBO TV Guest, Captain Earl Williams. Captain Earl has just opened up "Captains Choice BBQ" on 460 in the beautiful Blue Ridge Mountains. Earl has promised this to be the best BBQ in the state of Virginia, and I have no doubt it will be.

Then off to Roanoke to see my daughter Casey and of course Uncle Bill and his variety of grills! I think he now has about four, one of them is a trailer that can be towed anywhere. We will of course have the Turkey fryer filled to the brim, and will cook up about five fresh birds. I plan on smoking one bird with Oyster stuffing.

Ben Baugh and Tina Turner will be spending Thanksgiving in Washington Sate, and look forward to seeing them both during Christmas. "Have a good one son and send us some more white water pics!" 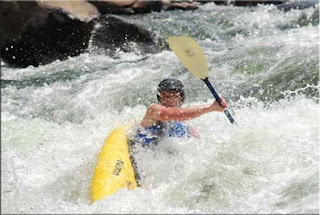 Thanksgiving Recipe-Turkey and Stuffing, JB Style: Stuffing-A great way to do stuffing is to stuff the bird with Oysters and stuffing, and once done, pat out the stuffing into patties and put them back on the grill to smoke for another half hour. Served up with some gravy, this is really hard to beat. I will usually smoke the bird and the stuffing for about eight hours.Turkey- Use an injector and make up a good hot sauce, Durkeys\Franks hot sauce -10 ounces, and five ounce of apple cider vinegar. Inject one side of the bird with this, and the other with a Soy and Honey glaze. A 12 pound bird will take about 45 min. in the Turkey fryer.
Beer But Chicken- This is my daughter Casey's fav, she has already called me today to make sure we were making some. Simple to do while the Turkey is smoking on the Grill. Just get a Beer Butt stand, Lowe's has them, they are only a couple of bucks. 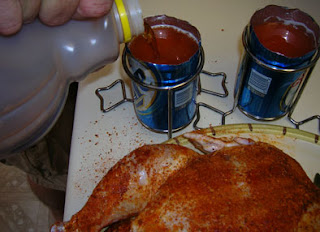 I use half a can of beer, the rest vinegar, garlic, and hot sauce. Stuff the chicken with the beer can and let it stand on the grill with the chicken stand. Your favorite dark beer is best for this dish. 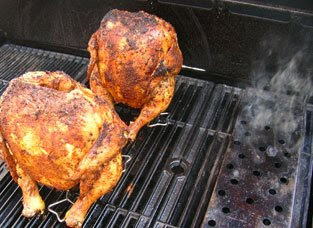 I would like to wish everyone a happy Thanksgiving Holiday, and this does truly mark the beginning of our Rockfish season. Most of December Jim Baugh Outdoors TV will be filming everyday trying for those monster ocean Rocks.
Yall come join us!! Dont forget the Hampton downtown lighted boat parade is Dec. 6th, and the Jim Baugh Rockfish Holiday fishing tourney is Dec. 13th, same day as Bluewaters Rock event.

Happy Thanksgiving everyone, and drive safe.
If you see a Mag Red 04- C5 Vette flying overhead while on the road this week, wave!!