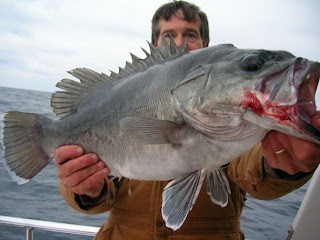 With spring at our front doorstep and summer by the back porch, now is the time to start making travel plans and just exactly where to wet your line. While we all are looking forward to firing up our boats for all of our outings that are surely to include early Flounder, Croaker, and of course Rockfish, make plans now for one of the most enjoyable trips you will take, head boat fishing out of Hampton Virginia.

Did you know that by going on a head boat for the day, you are actually going green??? Charter boats, especially head boats carry a lot of passengers very effectively, efficiently, and usually burn little fuel. Departing out of Hampton, fishing the HRBT, MMT, and the mouth of Hampton roads will take you to some of the best fishing grounds in the Chesapeake Bay. The run is not that far, only a few miles to any of those fishing holes. Burning a little diesel fuel, one boat, carrying 75 people, as opposed to 75 boats carrying one or maybe two folks at a time. Plus, it is just a fun easy day for everyone. Head boat fishing is also a great way to entertain family and corporate events as well, all of which is rather inexpensive to do. Head boat fishing is something that myself and my family have done for our entire lives. We just love it. Here is our story and some good head boat info. 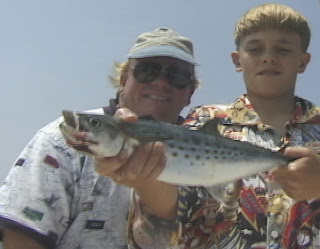 I will not go back as far as my childhood, but will start with my son Ben Baugh back when I first starting taking him offshore when he was about five or six years old. The first trip I took him on was what turned out to be an annual event for the next 10 years. What can I say, the Carolina Princess out of Morehead City. Our family vacationed there for years, stayed on Atlantic beach, and I always would take our center console show boat. We loved hanging out on Shackelford Island with the horses, and would fish the beaches for Spanish and Dolphin. Do be careful of the rip current at that inlet, it is very strong. One time I pulled an eight year old boy out of the water, he was heading out to sea. After I hauled him in the boat, I found his parents on the island, they had no idea where he was. This area is also known for its unreal giant Bluefin Tuna fishing during the winter months. This was our second year of vacationing down at Atlantic beach and boy were we in for a real experience. Little Ben was on his second offshore trip with me on the Carolina Princess and before we left the dock, we noticed that the wind was howling big time. There was Ben, me, and about 40 Chinese people on the boat. Most of them spoke English, and we were all fired up about catching a boat load of Trigger fish, Snapper, Dolphin, just everything! Well, the captain came on the horn and said, “We are not canceling the trip today, however it is gonna be an EXTREMELY rough ride. Anyone wanting to get off, we will refund your money, no problem.” 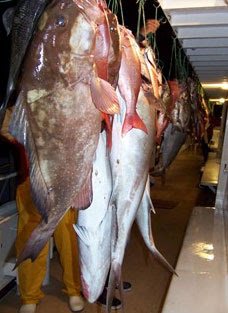 I looked down at little Ben Baugh and said, “Son, what do you think, want to go back to the beach house, maybe ride the go carts today??” Little Ben said, “No dad, lets go fishin!!!” To be truthful, I was worried, this was gonna be a tuff day, and was not sure if Ben was gonna be sick or not, this was his first real rough offshore trip at only about six years old.

What can I say, this was about as bad as it gets, the inside of the Princess was a large area, plenty of seating however all the seats were already takin by the 40 or so Chinese friends that we had met on the Charter. So, Little Ben and I had to sit on the floor next to the trashcan in front of the galley. We “Thought” it was the trashcan, but turns out it was the “Barf Can!” 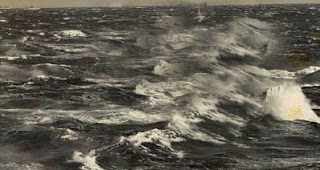 The waves were so rough, I did not want Ben nor I to even stand up while this 90+ boat was moving, so, we were committed to the floor. Ben and I were doing “OK”, Ben had never experienced anything like this during his first 6 years of life. In about 45 minutes, it starting happening. Many, many, of our Chinese, friends starting running out of their seats and heading straight for us, only to duck their heads in the barf can and hurl their breakfast, lunch, dinner, everything they had in them ended up in the can, of which, we were sitting under. Now, people were standing in line to get sick, and Ben and I were just looking up at them hoping they were not going to miss the can and barf on us.

Many times I looked at little Ben who was sitting beside me and would ask, “are you ok son???” A little voice said, ,”Yes dad, are you?” after about three hours of this, we finally made it to the fishing grounds and started fishing. Ben of course had his life jacket on and I also had a line tied to him so he would not fall overboard, it was that rough. After Ben had caught a few fish he ask if he could hang out inside while I caught fish and could he have some money. “Sure Son”. I went and checked on Ben in about a half hour, he was talking up a storm with the cook in the Galley, stuffing fresh grilled hot dogs in his mouth with a Snickers bar in the other hand and a popped coke on the counter having the time of his life. Neither Ben or I got sick that day, but if I was ever gong to pick a day to get sick, that would of been it.

The Carolina Princess is one of the largest offshore head boats on the East Coast and it was so rough that day, one of the fishermen did get thrown overboard when the boat pitched side to side. We grabbed him and pulled him back in, he was dangling off the side of the boat about to go in the drink. I have never seen it that rough offshore before. An almost 100 foot boat being tossed around like a cat top. Believe it or not, we did catch some nice fish that day, although only a few of us could fish in such rough seas.

On the way back from offshore we had a head on sea, so the going was slow. Little Ben Baugh had his sea legs well in place by then and he ask me, “Dad, Dad, Dad, lets go on the top deck of the Carolina Princess and watch the waves blow up!!” I asked if it was ok, we were the only ones up there, we went, and Ben could not believe what he saw. The entire front of this 95 foot boat burying itself into a 10 foot sea with the waves exploding over the entire boat. Ben kept screaming, “Dad, it is like BOMBS going off, COOL!!!” “Look dad, here comes another BOMB! YIPPEE!!

I think this was a pretty good experience for my son. Ben went on as he grew and fished all the time on our show, later became an Eagle Scout, graduated top of his class in Geology in college and now is finishing his masters on a full scholarship. What he does for fun?? You can’t keep him off a mountain in Washington State, nor out of the white water. Ben will be doing two weeks down the Colorado this summer. Point I am trying to make is, getting your kids involved in the outdoors at a young age is a good thing, it can only help give them a lot of future interest, respect for the environment, and hopefully keep them out of trouble!!

So, as you can tell, head boat fishing, pier fishing, surf fishing, offshore, whatever, has all been a very important part of our lives. Head boat fishing is just a great, easy, and inexpensive way to get your family involved in a wonderful outdoor outing on the water. 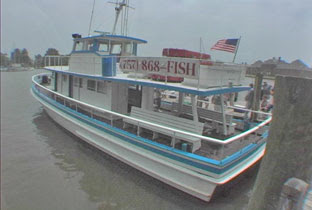 Here in Hampton, we are lucky to have the Ocean Eagle docked right downtown on our Hampton Public Piers. The following is a list of head boats and contact info that may help you while planning your next family outing. 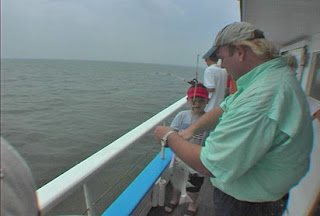 A great way to eco travel by boat and tour Hampton and Hampton Roads is to come to Hampton and get on the Ms. Hampton Tour Boat docked down at the Public Piers. This is also where the Ocean Eagle Head Boat is docked. The Ms. Hampton tours start April 1st, one trip a day up until Memorial Day, then afterwards they will do two trips a day threw the summer. For more info just call 757, 722, 9102.

I would like to invite everyone to check out all of the celebrations in our home base port of Hampton VA. The 400th anniversary of Hampton Virginia is a huge celebration that you and your family do not want to miss. For a list of events and festivals just log on to http://www.jimbaughoutdoors.com/ or the Hampton CVB web site for accommodations and lodging info. (http://www.hamptoncvb.com/go/visitors)

Lastly, I would like to invite everyone to join Jim Baugh Outdoors on FACEBOOK. To find us, just do a search on Facebook, Jim Baugh, or the direct address is, http://www.facebook.com/profile.php?v=feed&id=1624276499. On Facebook, we have some great behind the scenes stories, photo’s, sponsor info, loads of recipes, articles, tourney info, and the latest happenings in Hampton, Virginia. Be our friend today!

For more info. Just log on to http://www.jimbaughoutdoors.com/, and be sure to check out our JBO BLOG that is updated almost daily.

GO GREEN- SAVE GREEN- Book your head boat charter today!!
Tight Lines!
Jim Baugh
JBO TV
For more info on charter captains in our area, just log on to http://www.jimbaughoutdoors.com/ and check out our charter pages and order your free Hampton Roads Fishing Guide!!!!
Posted by Jim Baugh at 12:56 PM