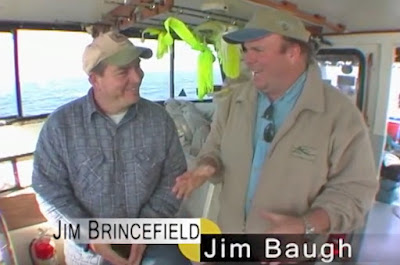 Please Help the Family if you Can. Donate Here.
Condolences to the family, friends, church, and community that loved and embraced one of the best charter captains we have ever featured, my friend Captain Jim Brincefield. Captain Jim was takin way too early in a horrible accident. Sometimes I will never understand why the good Lord takes certain people as early as he does. Jim’s passion and enthusiasm for life was contagious, just being around Captain Jim always put a smile on my face. Prayers for his family are greatly appreciated and Jim believe it or not, is in a better place. Jim was a strong man of faith, devoted family man and active member of the Camden United Methodist Church.


My history with Captain Jim goes back to the days of the Chesapeake Angler and the Sportsman Magazine. I kept reading about this captain who would consistently catch boat loads of Sea Bass.  Further research I found that the trips were a bit different than a lot of charters. Being on the boat at 2am for an all day offshore adventure caught my eye. I was blown away from all the pictures I had seen of Captain Jim and the Jill Carrie. I am talking serious deep offshore Sea Bassin. Jim had moved down from Maryland and saw the opportunity to develop a successful offshore deep droppin charter, and it took off. Everyone  knew about Captain Jim and his offshore deep droppin adventures. It was stuff of legend. 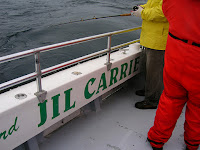 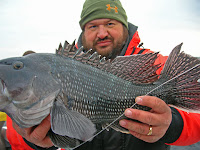 My intuition about meeting and featuring Captain Jim was a good one.  No doubt one of the most popular shows we ever produced and to this day out of 200 of our videos online, the Sea Bass feature with Captain Jim is the #1 most downloaded show with hits coming from all over the world. 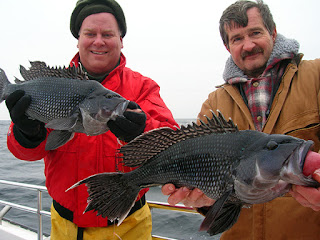 Anyone can look at the pictures and see the fish Captain Jim’s crew put customers on was just unimaginably fantastic. But what you can’t tell from the pictures is what just a great guy Captain Jim was. I will never forget the LONG boat ride back to Lynhaven from a huge day offshore. Captain Jim at the helm, and my friend and camera man Mike were side by side for three hours telling jokes one right after another. It was nonstop. People in the cabin could not figure out how these two could remember so many jokes in their head. In the end, Captain Jim won. Mike finally ran out of joke steam. To say this was an entertaining way to spend what usually would be a boring trip is an understatement. I will never forget that day. 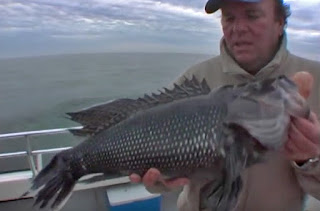 Captain Jim is without a doubt one of those people you just don’t forget. What he did for offshore deep droppin may not be accomplished again. He will forever be remembered not only in the mid atlantic, but the world as the top offshore deep drop sea bass captain ever. More importantly, he just was a flat out great guy. A wonderful Captain, husband, father, friend, and Christian, they don’t make them any better.


May the good Lord give grace and peace to Captain Jim’s family and friends. Even though the seasons closed, I am sure Captain Jim is deep droppin from Heaven. He probably has one hooked up now. 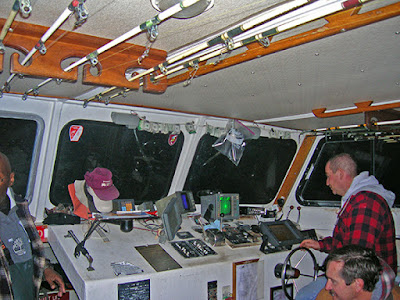 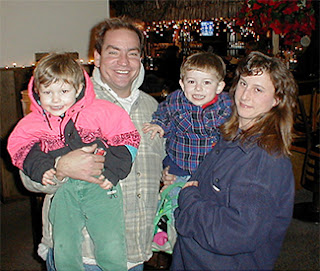