Thanks to the Friends of Cape Charles Memorial Library for having me out to kick of their 2016 Author\Lecture Series at the Cape Charles Civic Center. We had a packed house with an enthusiastic crowd! General discussion included the history of the now 28 year old Jim Baugh Outdoors TV Series, my books Hooked and Aftermath, and we also had some funny discussion about my recent completion of the Hooked screenplay. It was nice to know that paperbacks are still in fashion because we sold out! I had a great time and enjoyed meeting everyone. The only ones missing were the six people who were supposed to sit behind me. Thanks again. Tight lines and good reads! JB 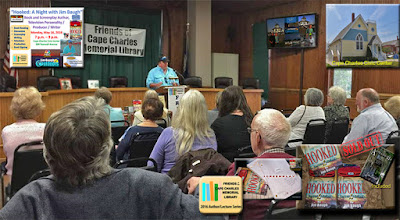 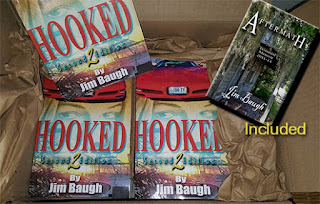 Sea Chaser Boats
Posted by Jim Baugh at 8:14 AM