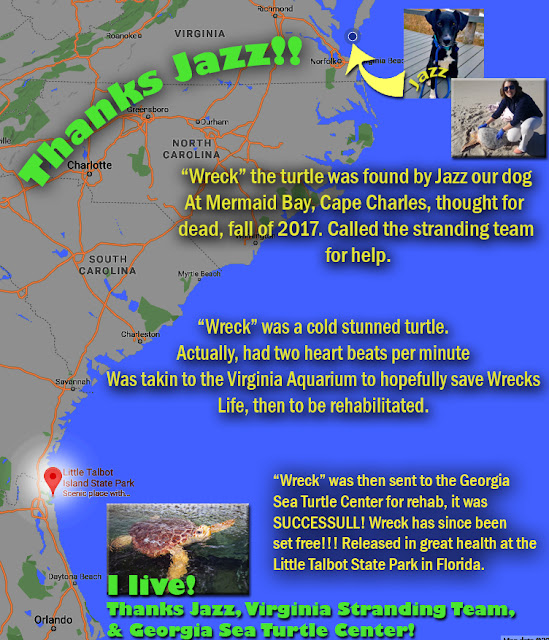 We heard from the Virginia Aquarium this morning, they sent us a nice phot of "Wreck" they had a photographer in to photograph some of the rescued animals and we really appreciate the pic. Wreck continues to finish rehab with the folks at the Standing team and will post updates as to what is next with Wreck the Sea Turtle. He sure does look a lot better now than when Jazz found him on the beach! 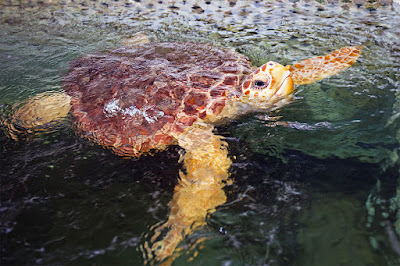 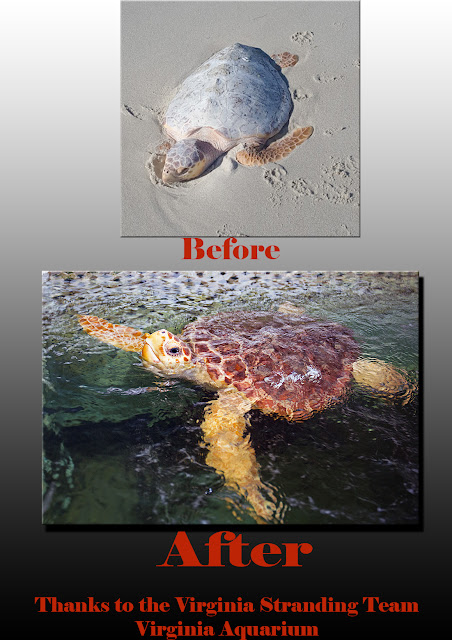 FOLLOW UP ON WRECK THE LOGGERHEAD: 1/19/18
The stranding team is on their way to recover the dead porpoise on our beach this morning meanwhile an update on the loggerhead that was successfully rescued from our beach about a month or so ago. “Wreck” was takin by the Stranding Team to the Virginia Aquarium to be restored back to good health. Well, Wreck has been doing well and is still recovering. Wreck was actually chosen to be one of the Turtles to be on board “Turtles Fly Too” (this is not a joke) an airplane that transports turtles, and Wreck was headed to Jekyll Island to finish its rehab at the Georgia Sea Turtle Center! Way to go Wreck!!
https://www.jekyllisland.com/activities-category/sea-turtle/ 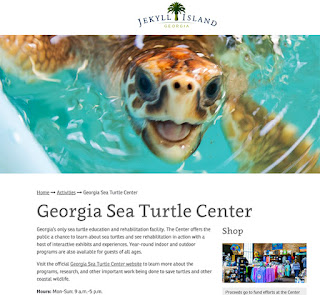 Well, I am sure Wreck was all happy about that, a free airplane flight to Jekyll Island and a new home! BUT then comes fate. Once Wreck was boarded, the airplane broke down and could not take off! Soooo, Wreck had to be takin back off the plane and returned to the Virginia Aquarium where as of today, he is successfully continuing his rehab.
I mean really, can you imagine? After all Wreck had been through, being found for dead on our beach only to be revived back to life then killed in a plane crash?? We are so glad they got Wreck off the plane.
Maybe naming him “Wreck” was not such a good idea after all.
Many thanks to the stranding team and the Virginia Aquarium, those are some great folks that do some great work! If you see a stranded animal dead or alive call the Stranding team at 757 385 7575. They are on call 24/7.
Here are a couple of pics of the new and improved "Wreck" the loggerhead. 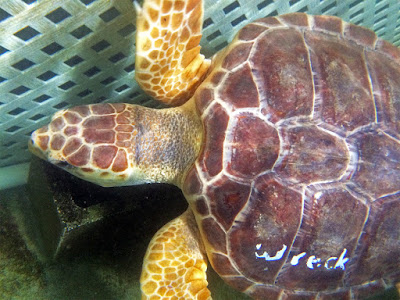 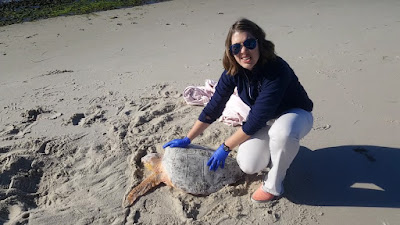 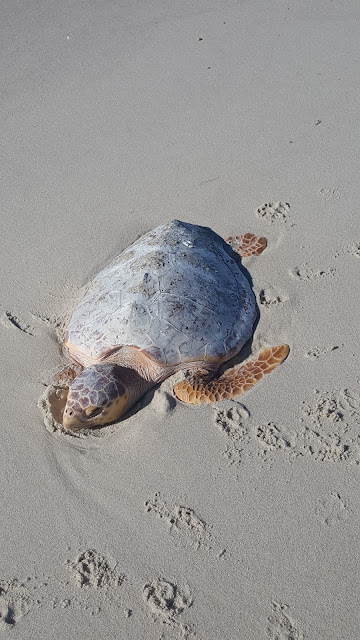 If you are anywhere around the Bay or Va Beach it is a good number to have. We have had them come out a couple of times already to Mermaid Bay. One for a beached porpoise, and the loggerhead. Here is the tele and web site.
Their phone (757) 385-7575
& link: https://www.virginiaaquarium.com/conserve/report-a-stranding.

The program lets you name your Turtle find after an Island, I said "Jimmy's Island" but that did not fly. So the loggerhead is named wreck island, it certainly as a wreck when we found it! In the next couple of weeks we will post any updates as to how Wreck is doing. It would be cool if the tagged it upon release. 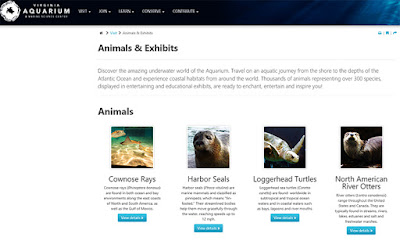