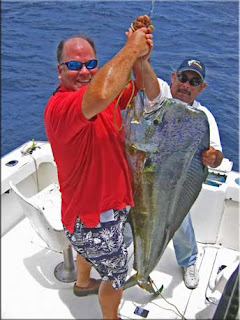 Jim Baugh Outdoors Veteran Angler and photographer Mike Wilburn headed to Cabo San Lucas to fish for monster Dolphin while we were fishing offshore from Hampton. Dolphin are also known as Dorado and Mahi Mahi. Mike did catch just a we bit bigger Dolphin than we did, and he was only two miles offshore!

Mike's Dolphin catch was over six feet long and approx. seventy pounds. Great catch Mike! Only to be topped by Mike's 16 year old son Cabell Wilburn with a whopping 220 pound Blue Marlin! A 220 pound fish will certainly keep any young man busy and out of trouble for quite a while.

Congrads to Cabell for a catch of a lifetime. The Marlin was caught on a brown and orange chugger and was landed in about 45 minutes.

Also caught offshore this day was a 170 pound Yellowfin Tuna, a Striped Marlin, White Marlin and a Sailfish. Congratulations to Mike and his boys for such great catches. Seems like the offshore bite is pretty hot everywhere right now. This has been some of the best Dolphin fishing we have seen off our offshore waters in a long time! We will be heading out again next week from Hampton. Yall come get some! 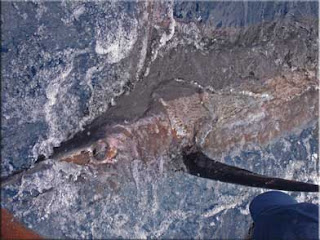 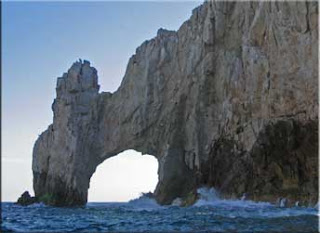