Corvetts at Carlisle PA- JBO was THERE! 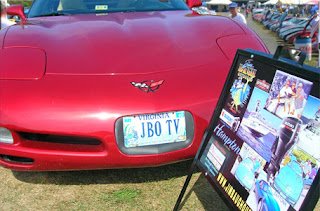 Corvettes at Carlisle PA is the largest Corvette show in the world.

This three day event takes place in the country side in beautiful Carlisle PA. If you are a fan of Vettes, this is the one show you do not want to miss. There was tons of things happening, one of which was the unavailing of the new 2009 Z06. 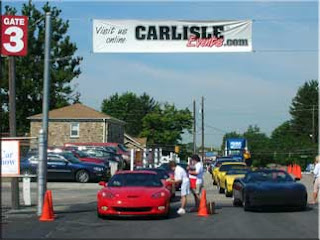 My favorite display was the gathering of the 1958 Corvettes, all under one great big yellow tent.

These cars were just in immaculate shape, and some of the color combination I had never seen before. There was a Teal and White 58 that draw a lot of attention, I loved that one the best, a true American classic. 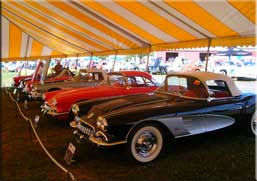 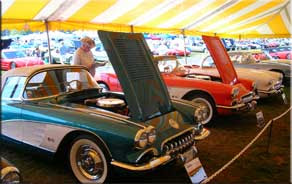 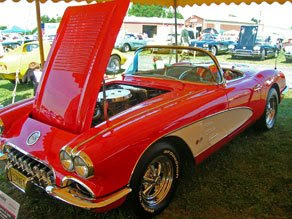 anything you wanted for a Vette, you could find at this show. Bondurant was there, and many booths were performing on site fabrication and installation of many aftermarket products. Some of the exhaust systems were quite a sight to see.

"Installers Alley" was a hit for sure. You could buy an exhaust system right there and watch them install it. Special guest for this show included Tom Wallace, Vehicle Line Executive-Performance Cars: Tadge Juechter, Corvette Chief Engineer, and Dave McLellan, past Corvette Chief Engineer just to name a few. 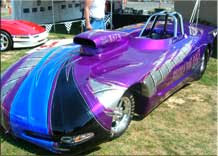 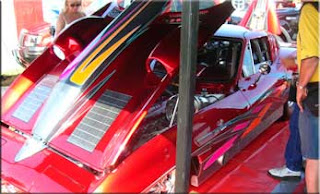 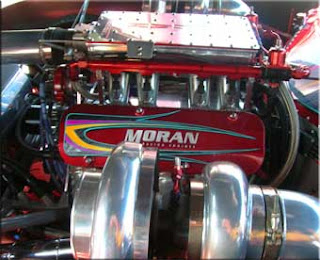 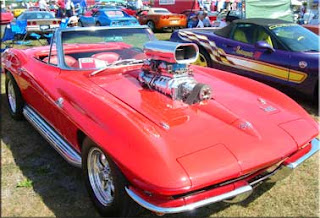 This is an American Flag made out of real live Corvettes (over150 Vetts). This display could be seen from land as well as air. It was quite a sight to see, and was displayed in the autocross area. 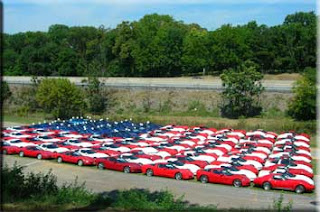 We had the JBO Show Vette on display and after looking at so many Corvettes, it was time to jump in the C5 and hit the local mountains in PA. 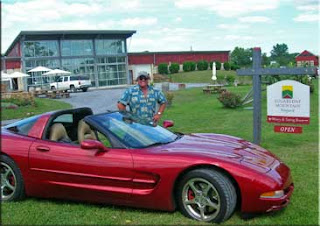 Heading south I ended up in Maryland, punched in wineries on the GPS and found nearby Sugarloaf Mountain Vineyard.
Well, I had to stop for this, hopefully bring back some wine to Hampton. The winery was great and we ended up with a nice crowed in the sample tent outside and we all had a blast. 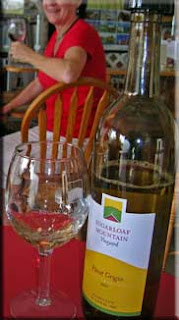 The trip back cruising threw the hills of Mongomery County Maryland was a fantastic drive, and I made it back to Hampton in only about four hours.
We will get out this week and try to find the Flounder again, this holiday weekend I am heading to the mountains again to take my daughter Casey back to College, and my son Ben leaves tomorrow morning driving to Washington State. He has Tina Turner with him, we will post some updates on his cross country drive in his Jeep. Later this fall I will fly out to see him and do some fishing in the Puget sound. That will be a first for me, cant wait!!
JUST FOR FUN, AWESOME VIDEO FROM THE 2008 VETTS at CARLISLE SHOW!! 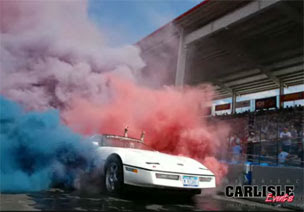 Tight lines, and everyone have a nice holiday weekend. Jim Baugh 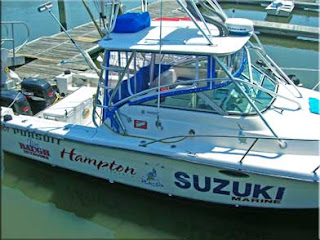