Offshore, White Marlin and Sailfish on "Billable Ours" 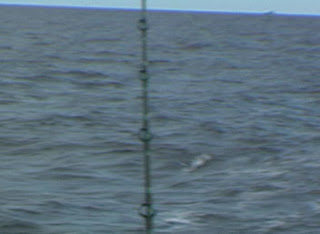 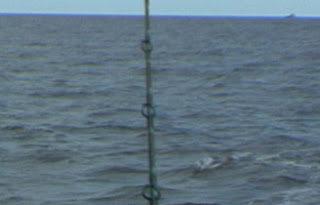 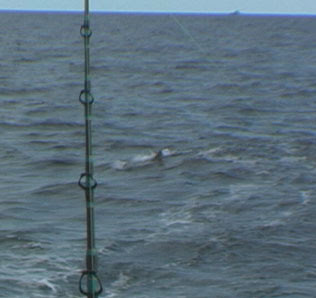 Nothing beats a great day of offshore fishing, even when the bite is not hot. The White Marlin bite has been very hot off our Mid Atlantic waters so we hooked up with one of the best boats around, Billable Ours with Captain Dave Wessner. Heading up the crew was non other that Get Reel Lure man himself, Don Malkowski. 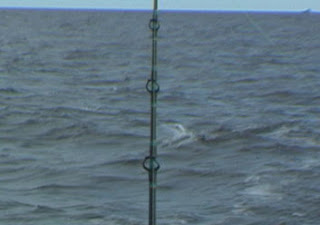 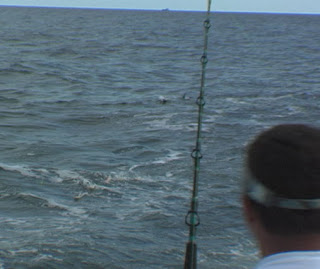 First off, I have to say that for offshore fishing, this 36 foot Topaz was rigged out to the max. The captain and crew had all the safety equipment imaginable and a host of offshore reels to boot. We left the docks by 4:30am and had lines in the water some 60+ miles out by 7:30am.

We were not alone, the entire fleet was there. Boats from Ocean city, and of course Va Beach area. All trolling the Norfolk Canyon, North side, in very deep water. Off the ledge! What a feeling.our first bite was rather exciting, we had a sail and a white come into the spread, but no hook up. Things slowed a bit after that, and the reports on the radio were nothing to speak of. Over the next few hours, we saw lots of whales, and one big sea Turtle, but no billfish. We only saw one other hook up, and that was a Tuna, that was lost.
The day continued as we tried to get some action on a weed line, but nothing produced. That's fishing, other than that flurry in the AM, that was about it, and, we had traveled some 100 miles offshore, time to head back in. The wind had picked up, but the ride back was very nice. The Topaz really was a performer.
This was our first day with Billable Ours, and we are planning a second trip to get back on the Billfish, however we are only hours away from Rockfish season, and my mouth is watering!!
Speaking of Rockfish, all of yall need to contact captain Dave about his Rockfish charters, he is going to be doing some great charters at night, affordable trips that will put you on the fish quick!!
I cant speak highly enough about the charter and crew, and look forward to our next shoot with them. The footage we shot will be seen during our 2010 series. Thanks Guys!!
An offshore day of fishing can wear just about anybody out, and at the end of the day, there is not much time for anything else. Last thing you want to do is cook, or have to go to the store! 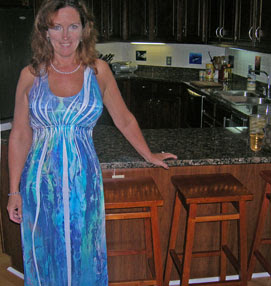 I was quite blown away when I got back to Hampton, (JBO Central) walked in the condo door and Ruthie had went to the store and made Shrimp Cocktail, some grilled chicken appetizers, steamed clams, and even stocked the bar. 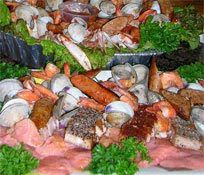 She had made my favorite Friday night drink and had it in her hand when she greeted me at the door, and it was in a BIG glass. Needed that! What a gal!!! A Keeper!
A big thanks to Ruth for rounding out a great, and long day. She had fixed so much food, she was kind enough to share it with some of our Pirate Friends, and we took some to our friend Bam who is recovering from knee surgery. A great day for sure. Thank you, very much appreciated. 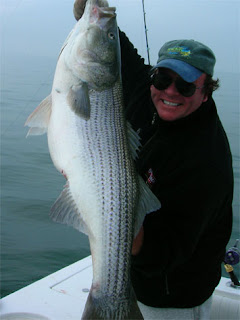 Now!!-- Rockfish season opens tonight at midnight. Anybody want to guess where Jim Baugh Outdoors will be????
Fishing the Hampton river of course. That is right, we don't even have to leave the river to catch all the Rockfish we want. We will be shooting several shows on this showing you how!!
Everyone have a great Rockfish season and we will see you on the water in Hampton!
************Tomorrow Ruth and I will be guest at Burtons Grill and writing a review, we will post it here and on facebook
Tight Lines, and GO GREEN!!
Jim B
CONTACT INFO FOR BILLABLE OURS AND DON MALKOWSKI
Capt. Dave Wessner
Fisherman’s Wharf Marina- Rudee Inlet
Pirate's Cove-Oregon Inlet
BillableOurs@cox.net
Office- (757)689-2694
Mobile- (757)374-0179
SatPhone- (254)219-6280
SatText- 2542196280@msg.globalstarusa.com
http://www.billableourscharters.com/
Don Malkowski
Website http://www.getreellure.com/
email getreellure@hotmail.com
phone 757 576-4013
Thanks Guys, great trip!
JB 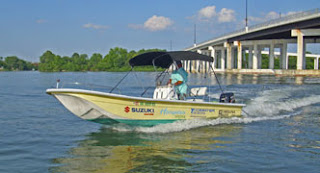