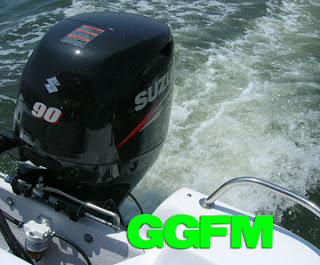 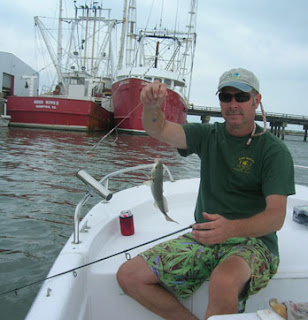 JBO TV would like to wish everyone a great New Year! 2009 was a bit of a Hallmark year for JBO TV. This year was our 20th anniversary of broadcasting and our first season to launch the new Go Green Fishing Machine. Thanks to Suzuki and Carolina Skiff, we have put a boat and motor package that not only is good for the environment, but also easy on the wallet. We have never been so excited about one of our show boats, this rig is truly amazing and we look forward to featuring the boat during 2010.

I thought that this boat and motor package would be extremely efficient, but was still surprised at just how little it coast to run this boat. In our early marketing and promotion of the Go Green Fishing Machine, we used the slogan, "Fish all day for under 20 bucks". Now that we have been filming with the boat and checking fuel consumption on all of our trips, we have changed our slogan to- "Ya got two bucks? Lets go fishin!" 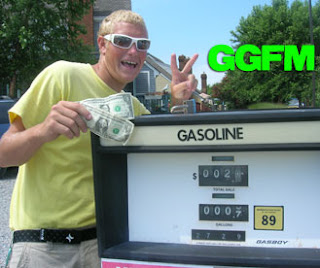 This is so true, many of our trips we spent anywhere from two dollars to five dollars in gas, and fill the cooler up with fish. Now that is AMAZING! This upcoming trade show season, be sure to check out the new line of Suzuki Four Stroke power plants. The Suzuki 90hp is the one that we are running on the new JVX Carolina Skiff with smart tabs. Check your Carolina Skiff and Suzuki dealers for more info. JBO TV is planning on making some trade show appearances with the Go Green Fishing Machine and will post the dates and info here once we have booked everything. 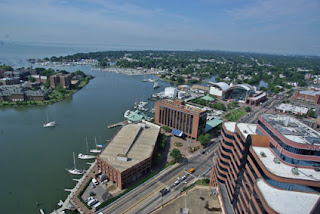 2010 will mark JBO TV 21st year of broadcasting. WOW! Seems like yesterday when I first saw our show air on the FOX affiliate in Richmond Va. Back then we started out as Fishing Virginia, and soon syndicated across the state of VA. It sure has been an interesting 21 years. Mostly the changes in technology have kept us on an ever changing production curve. The people I have met throughout the last 21 years has been the best part of this entire experience. I still get a kick when someone tells me they have planned their family vacation based on a JBO TV show. That is really cool. 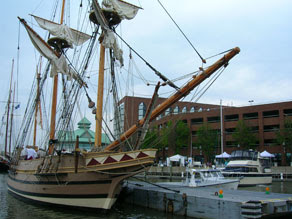 2010 also marks Hampton Virginia's 400th anniversary. There is gonna be a lot of events that you are not going to want to miss going on in Hampton during 2010. We will be posting info here on the site, and filming many activities for the program as well. Stay Tuned!!
Tina Turner is Back!! 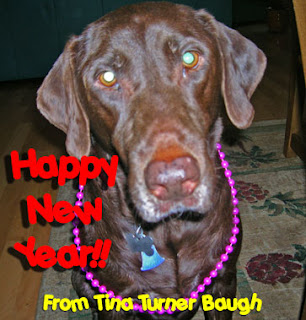 During the holidays, Ben Baugh flew back from Washington State and brought back our show mascot, Tina Turner Baugh. Tina is now 10 years old and has been appearing on our show since she was a pup. Now Tina is back at JBO Central, and is already chasing Ducks and Sea Gulls. I have trained her to grab Croaker off the boat deck and through them in the cooler. I am looking forward to having my four legged first mate back to help me fish. Loads of fun!
Happy New Years. Bring on 2010!
Here is a departing shot that was taken back in August during my 48th birthday. We had all gathered out at Salt Ponds in Hampton Virginia to toast me getting older. The restaurant at Salt Ponds is now open, and just a great place to go. Food is great and the view is fantastic! 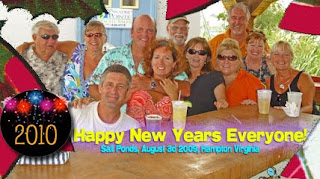 Be safe, and have a great New Years!
Jim Baugh
JBO TV 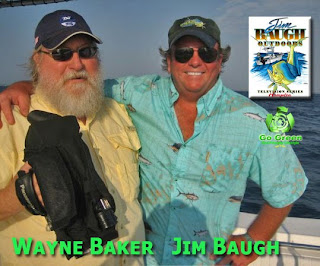