The offshore bite here is as hot as it is ever been. Check out these stats: 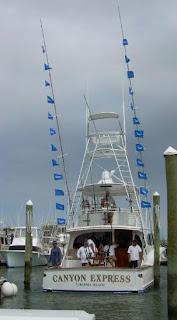 326 Billfish caught between 16 boats on 9/23/09
164 Billfish caught between 11 boats in 24 hours on 9/18-9/19/09. (Numbers and photos courtesy Don Mallowski)
UNREAL!!
For sure, JBO TV will be heading out to film this awesome bite just off our Mid Atlantic shores. It has been a while since we have shot a good White Marlin show, and now is the time! 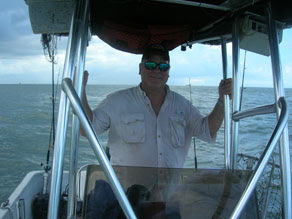 So, what did we do yesterday while everyone was burning them up offshore?? We scheduled an all day excursion for monster Flounder at the CBBT. We left at 4am in the morning and went out with JBO Angler Mike Wilburn and our friend Dave. Great crew, and we had great baits including Jerk Shads, and some live Eels for some Cobia. Also on board was the new Grill that Mike had bought, the last one ended up in the drink. 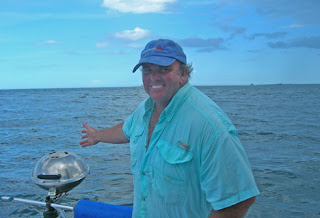 Well, it was a great day and we were blessed with great weather for most of the day. We fished out of Mikes 21 foot Center Console powered by a Suzuki 140hp four stroke. This rig really screams on the water. 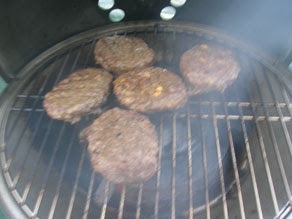 The weather did turn for the worse by the end of the day, we got hit with some strong rain storms heading back into Lynhaven but managed to get back fine. 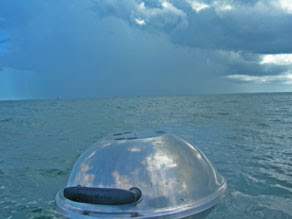 Our total take for the day was one Rockfish, One Croaker, and one Oyster Toad, plus about 10 fresh grilled stuffed burgers cooked open water on the grill. This equates to about two minutes of usable film for our tv show, that took all day to get.
That's it. No trophy Flounder, coolers were empty, but our stomachs aching from to many cheeseburgers.
Back in the Day, Frank White of the Southern Sportsman TV show would of called this a "Busted Trip". And in a way, it was, we did not get close to the trophy Flounder we were after. But, that is fishing. That is why we need to go another day!! Always!!
Hey, if you want to fill up your coolers now, get to Hampton and get on these Spot and large Croaker. Great fun and great eating.
The offshore bite now is better than ever, and Rockfish season is almost here, can count the days.
Yall come on and get on this bite while it last!!
Tight Lines
Jim Baugh
Posted by Jim Baugh at 7:31 AM