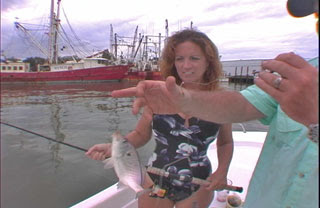 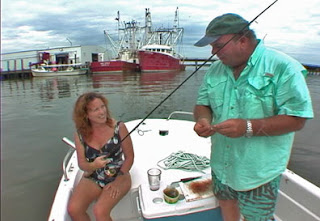 One of my favorite new shows this year is coming up on the Sportsman Channel in the next two weeks called, "Ruthie Spot". A great program filmed out of Hampton featuring Spot fishin right in front of Phoebus!! Ruthie and I really got into them not a stones through away from the charter fleet tied up at the docks. A lot of fun and some great Spot fishing.
COOK UM UP!!
A 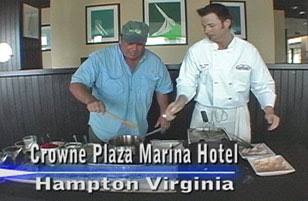 lso featured is a quite detailed cooking segment filmed on location the new Crowne Plaza Hotel in Hampton. This is one Shrimp dish you don't want to miss, we have included some pics here. 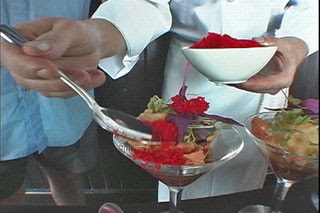 Great food and we also took a first look at some of the awesome renovations the hotel did to make it one of the most beautiful waterfront hotels you will ever stay. Check it out!! 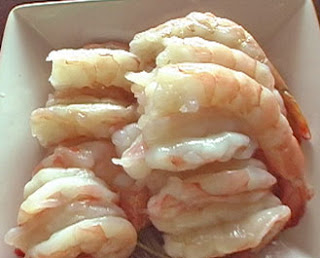 Sailing the Chesapeake
We wrap up this show with a nice sailing segment produced with Captain Trav out of Hampton Virginia. This was filmed during the famous Wed. night sailboat races that depart right out of Hampton. The sailing segment also has a WONDERFUL original soundtrack piano score, written just for this filming. Great stuff!!! 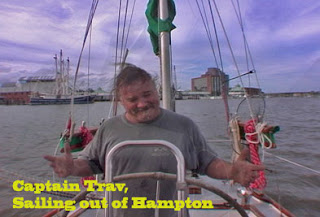 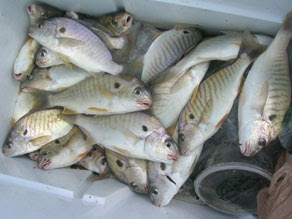 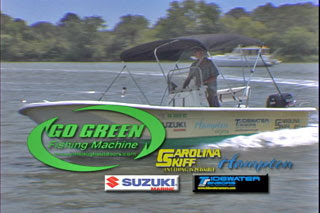 The Go Green will be burning up the waterways Saturday through Monday fishing Hampton Roads with Captain Earl. Tuesday we will be offshore Spadefishing with Captain Dale Carlson. Stay tuned for more fishing reports later this week.
West Palm Beach Florida. 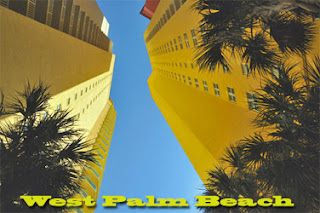 Congrats to JBO Southern cameraman Wayne Baker. (Wayne and Susan) on their new ocean front condo. Cant wait to see what yall have done with the place. Just awesome!!!

THIS SHOW IS NOW AVAILABLE TO STREAM 247 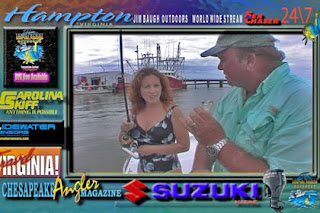